You are here: Home » News » News » Method of making soda water to be used in vending machines

Method of making soda water to be used in vending machines

For those who drink soda often and frequently, they’ll notice differences in the taste of soda from glass bottles, aluminum cans, as well as plastic bottles. Although there are many who love each type of soda Did you know that soda found in beverage machines has a different taste than soda found in convenience stores?

I don’t know if this is something I have had. When I go out for dinner the color of the soda water I get is odd. It’s similar to water. It’s not that soda water is colored differently. It’s actually soda water. The beverage machine is also called soda water machine. Its full title is soda water mixer which is the multi-mouth drink machine that is often seen in fast food eateries, cold drinks restaurants and cinemas.

The principle of operation of the machine starts by making soda by combining carbon dioxide with water, then add syrup, mix in a specific proportion and cool down.

Tap water is transformed into drinkable water using the filtration system. It is then infused with the carbon dioxide generated by the carbonizer and gas cylinder, and is mixed to create soda water which is also a crucial stage of the soda maker. There was a belief among some that soda drinking water from fast food outlets was better than tap water. This can be due to the quality of the water as well as the pipe that is used to deliver the water.

After decompression, the gas in the carbon dioxide tank goes in two directions. One is to enter the carbonizer under pressure, forming soda water. The second is to supply power to the syrup bag under low pressure for syrup output.

Concentrated syrup is stored in the bag that is connected above the pressing valve. It is the button that is used by the user to mix soda water with syrup. Then, the nozzle outputs from the mouth of the distribution valve. This distribution valve has the ability to regulate the flow of syrup and soda water and adjust the sugar content.

Therefore, some people will believe that soda served in fast food restaurants or cinemas is particularly good to drink. It’s because it’s playing. It’s not as sweet and is more refreshing. 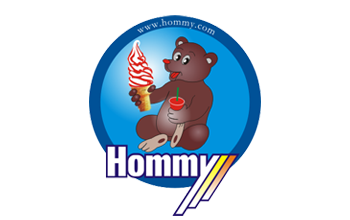